Fluorescent probes are divided into Chemical fluorescent probes and Gene fluorescent probes according to their synthetic methods. The Small-molecule fluorescent Probes, one of the Chemical fluorescent probes, have been used in environmental monitoring, food detection, clinical disease diagnosis, and become the research hotspot because of the small size and convenient synthesis. Fluorescent Probes generally consist of a fluorophore which is the heart of it, a ligand that binds to a specific and high affinity receptor and a spacer connected the recognition group to the fluorescent group（see Fig.1）. Fluorophore, the reporting unit, can send a fluorescence signal to response to the change of the chemical environment of the molecular probe when the identifying group acts, thus monitoring the binding process of the identifying group to the analyte. Therefore, various types of fluorophores and their derivatives are constantly modified and studied to achieve better application value.

According to the structure of the parent nucleus, the common chemical fluorophores can be divided into the following categories：

Fig.3 The molecular structure of rhodamine

Fig.4 The molecular structure of fluorescein

Fig.6 Example of Other fluorescence fluorophores 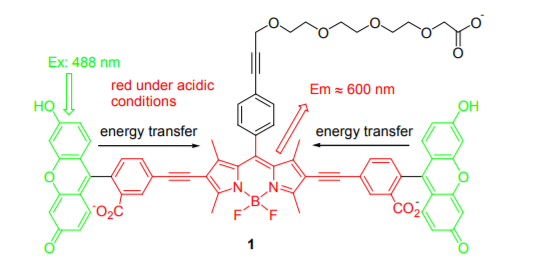 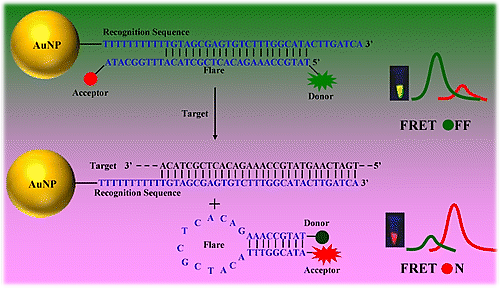 At present, Alfa Chemistry mainly provides fluorophores for the synthesis of Small-molecule fluorescent Probes and other applications, such as BODIPY Dyes, Cyanine dyes, Rhodamine dyes, Fluorescein dyes and so on, if you do not find what you need, please contact us.