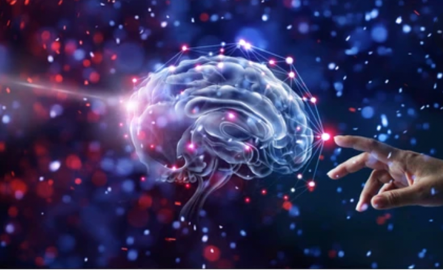 Currently, there are no effective drugs to prevent, inhibit or reverse the pathogenesis of AD. Several pathological markers, such as amyloid-β peptides, hyperphosphorylated/aggregated tau proteins, metal ions (at a high level), related enzymes, ROS/RNS (reactive oxygen species or reactive nitrogen species), viscosity and H2S, ascorbic acid, reactive astrocytes, transthyretin, and methylglyoxal have been identified and acknowledged to be strongly associated with the progression of AD, which are regarded as reliable predictive and diagnostic markers for the disease. Researchers designed a series of fluorescent probes for AD detection targeting these biomarkers. 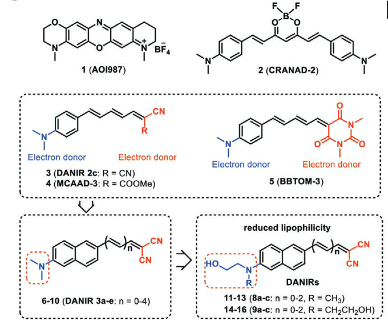 Fig.1 Chemical structures of reported probes for the detection of soluble/insoluble Aβ species and the newly designed NIR probes.

The exact mechanism of dopaminergic neuronal death in PD remains unknown, but acquired factors such as the environment, are proposed to play important roles. Similar to AD, several pathological markers have been identified and acknowledged to be strongly associated with the progression of PD, such as metal ions and anions, protein (enzymes), reactive oxygen species, nitrogen, and sulfur species. The imbalance in the homeostasis of these markers causes mal- functions in organelles and generates oxidative stress in the cell, thereby inducing neuronal problems that bring about psychiatric disorders and neurodegenerative diseases.

Fig.2 Overall strategy for the mitochondria-targeted two-photon fluorogenic probe for the dual-detection/imaging of viscosity and H2O2 levels in PD models.

These are some of the contents of a review Fluorescent Diagnostic Probes in Neurodegenerative Diseases [1]. The main biomarkers of AD and PD as well as some currently developed diagnostic probes are listed. The literature also covers detailed descriptions of degenerative diseases such as HD, which you can read in detail if you are interested.